I’ve said it before and I’ll say it again, there is nothing better to fuel one’s love for Americana music than being an expat. Particularly one in Paris. It is a funny thing, 90% of my concert-going experiences in the genre have taken place in the City of Lights. And I must say, they’ve all been spectacular, but Jason Isbell and the 400 Unit’s show stood out as one of the best to date.

It could have had something to do with the room—La Maroquinerie does intimate better than any other venue and the stage is so small I often worry that bands will be too cramped (though the 400 Unit seemed to manage just fine). And there was a general feeling of camaraderie that evening. You could feel it amongst the band members, who laughed with each other as Isbell swirled around the stage and played with each member, but also between Isbell and his audience—he’d chat casually with them in a charming, self-deprecating manner while tuning his guitars, recounting tales of their trip to the Louvre and his frustrations with people who don’t understand elevator etiquette—as well as within the audience, which was a mix of many American expats and French Americana aficionados who came together to appreciate Isbell’s powerful songwriting. Then again, the research I’ve done has shown that Isbell manages to create intimacy wherever he goes, be it tiny rock clubs like “le Maro” or seated auditoriums in the states. And although much of this stems from the profound sentiments expressed in his lyrics, Isbell’s Paris show proved that he is equally capable of translating the raw emotion of his songs to an audience that cannot always understand their more poetic nuances.

Which, almost certainly, is what made this show unmissable. Isbell’s compositions have always shone for me—Southeastern was (and remains) one of my favorite albums released in 2013, and Something More Than Free is also brilliant. And while I expected that it would all translate well to the stage, I wasn’t completely prepared for just how much more powerful his pieces would be in a live setting. The poetry of his lyrics, which gets me weak in the knees every time, was overwhelming and many of us teared up at different points—his heartfelt rendition of “Cover Me Up” (dedicated to his wife, violinist Amanda Shires) and “Children of Children” (dedicated to his parents) spring immediately to mind. What has often made Isbell one of my favorite artists is his unique ability to find and highlight the beauty of life’s more melancholic and seemingly ugly moments. There is a raw honesty in his storytelling that his audience can empathize with, even if they may have never experienced similar moments. And while his observations and reflections on life are at times brutal, there is an element of hope that lifts them and draws tears from his audience. More than any other artist I have seen live, Isbell is honest and generous with himself, sharing heartfelt narratives inspired by his own life with the stories that led to their creation, all delivered with a humble sincerity that quickly endeared him to his audience.

And the musicianship demonstrated not only by Isbell, who is a superior guitarist, but also by all the members of band was flawless. It was obvious that they were having fun onstage, and the audience eagerly joined them in this. Moreover, with a plethora of solos and improvised moments, the music felt vibrant and exciting in a way that could never be captured on a recording. Talking to them afterwards,  I got mixed reviews as to how they felt the show went—the word “messy” was used—yet there was a spontaneity and joy in everything they did that was infectious and delightful to witness.

Ultimately, the feeling that prevailed in the room was one of connection. Jason Isbell’s poignant, lyrical compositions and his introductions to them gave us a profound insight on his own life and experiences, while the Maroquinerie’s subterranean quarters held us close together in the experience. It felt like we were all in on one of Paris’ greatest secret that night. I suspect that soon the secret will be outed and we shall have to head to larger, seated venues to see this kind of magic. So for now, while it’s still fresh in my mind, I’m treasuring the memories of our evening together and eagerly awaiting the 400 Unit’s return to our beautiful city. A la prochaine.

Jason Isbell and the 400 Unit are currently touring in Europe and the USA. For a full list of dates head to their website. You can purchase his latest album, Something More Than Free on iTunes, Amazon, and stream it on Spotify. 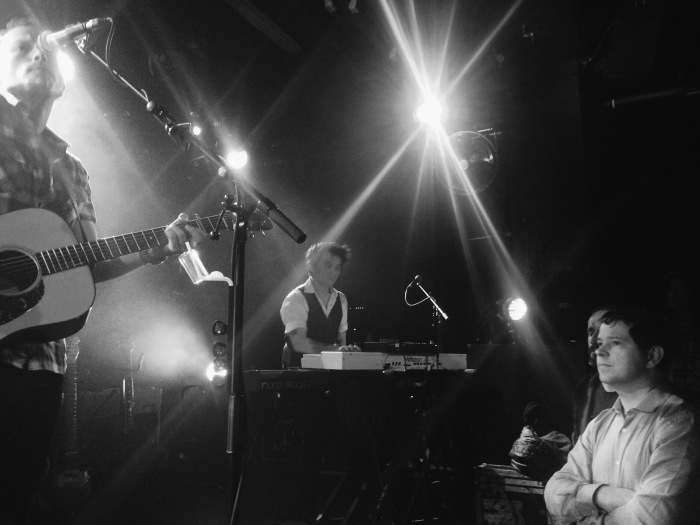 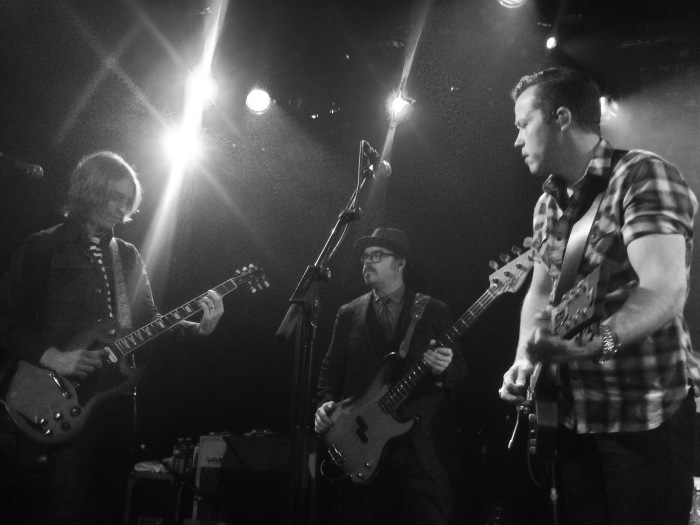